All the buildings in Manhattan in 3-D map

Taylor Baldwin mapped all of the buildings in Manhattan using a 3-D layout. Rotate, zoom, and pan, and be sure to mess around with the parameters in the control panel for different looks. Also make sure you try it in Chrome, because it’ll probably send your computer fan whirling.

Cell reception on the subway, mapped 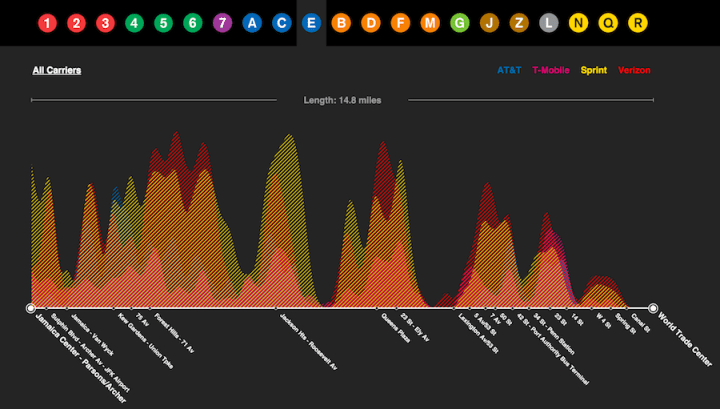 Daniel Goddemeyer and Dominikus Baur grew interested in cell reception while on the New York subway:

In recent years, the MTA has started to equip select stations with WiFi and cell phone transmitters, but due to the remaining lack of connectivity in the tunnels, passengers rely on stray signals from surface transmitters to send or receive messages in between stations.

So they traveled the lines, collected data, and mapped out their results. 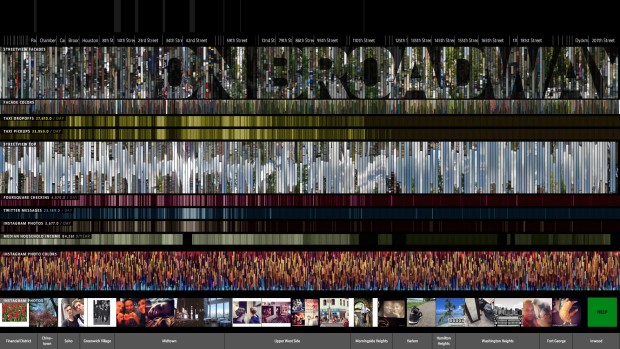 On Broadway, by Daniel Goddemeyer, Moritz Stefaner, Dominikus Baur, and Lev Manovich, provides a slice-by-slice view of the street that goes through Manhattan. Instead of a map like you might expect from such a project, the piece uses "a visually rich image-centric interface, where numbers play only a secondary role."

Completely abstracted, you have a view of two distinct sections of Broadway. Peaks on the left and a low plateau on the right. 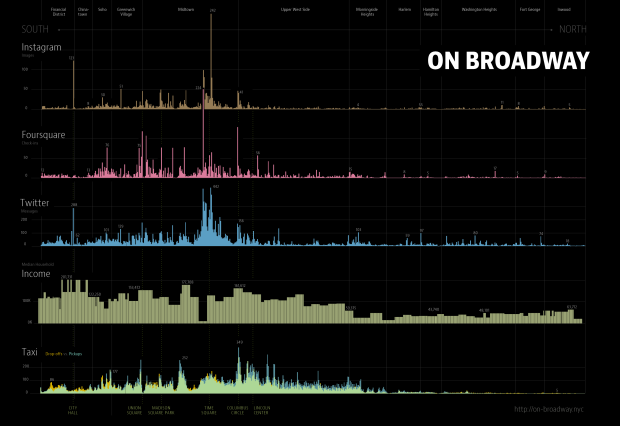 Zoom in and you see these vertical slices. Each represents a location. 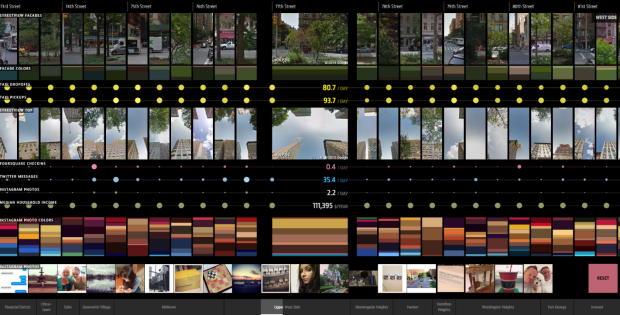 There's a lot to explore, so have a look yourself. I suggest a modern browser, a large screen, and a mouse or touchpad that lets you scroll left to right to maximize the experience. I found myself flicking the view left to right and back again just to play with the interface. For so many images, everything moves and loads relatively quickly, which is important in getting that feeling of sprinting through the city.

Good stuff all around.

On Broadway is also on display at the Public Eye exhibition at New York Public Library until January 3, 2016.