Scale of a mouse plague 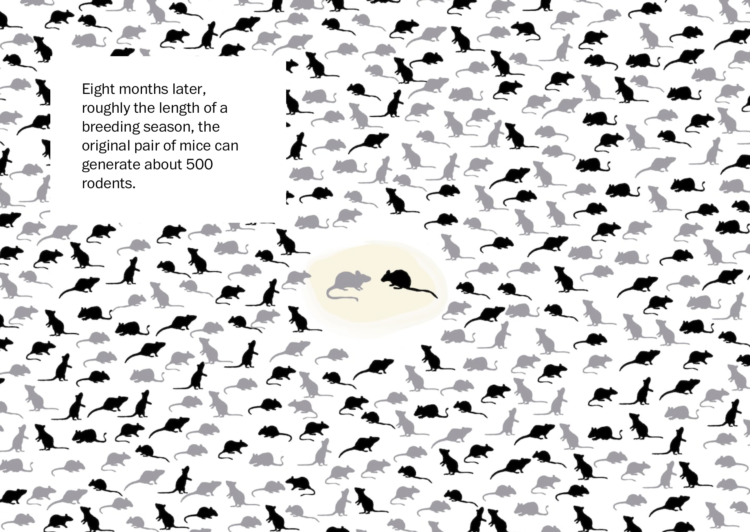 There’s a mouse plague in Australia right now. The words alone don’t express the scale and seriousness of this problem, but this Washington Post piece sure does. The combination of video, photos, and graphics clearly demonstrates the scale. It starts with a pair of mice and escalates quickly from there — and might give you the willies along the way.

Outside of Australia, it can be a challenge to get a grasp of how bad the bushfires actually are. There have been some attempts that overlay a map of Australia over various locations, but they’ve varied in accuracy. This scrolling unit chart by Reuters Graphics makes the comparison more concrete.

Each square represents a square kilometer, a counter at the top ticks up as you scroll, and geographic points of reference appear as you go down. Effective.

Where the Australia fires are burning

The New York Times zoomed in on southeastern Australia where the fires have hit the worst. They also used small multiples to show the scale of the fires the past few months against previous years.

Visual guide for the fires in Australia

For The Guardian, Niko Kommenda and Josh Holder provide a visual guide to the bushfires in Australia:

Satellite data from Nasa showed a stark increase in the number of fire detections in November and December compared with previous years. Satellites detect fire “hotspots” by measuring the infrared radiation emitted by the blazes.

There’s an animated time series chart that changes the range of the y-axis, which I think is a good way to demonstrate the scale of the current fires. 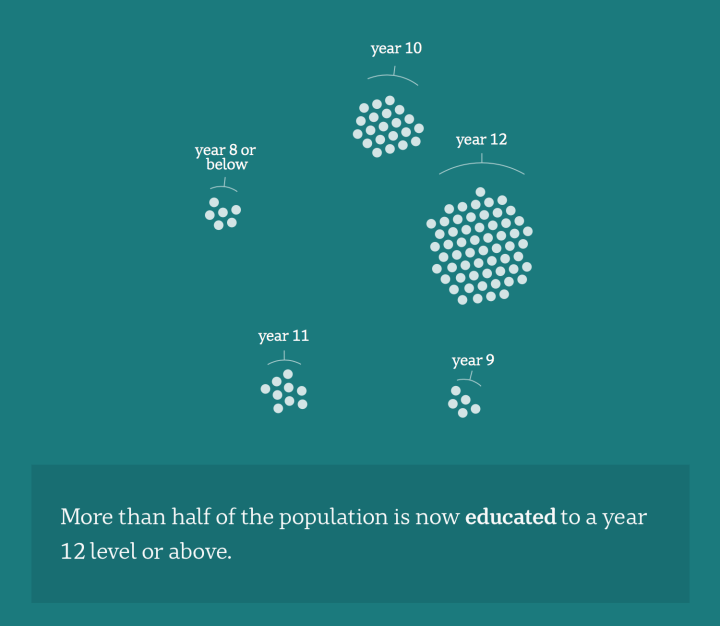 Opting for the force-directed clusters route, Catherine Hanrahan and Simon Elvery for ABC News visualized Australian demographics at the scale of 100 people. Each dot is a person, and as you scroll, you get different breakdowns. It’s percentages, but treating each percentage point as a person makes it more relatable.

See also: Demographics in a world of 100.