The Days of the Enola Gay are Here

Back in May, Ben Lillie made the suggestion,in the context of the ongoing debate about telescope construction on the sacred volcanic peak of Mauna Kea, that we set aside time from 8:15AM on 6 August to 11:02AM on 9 August to reflect on the dark history that can underlie scientific advancement. These dates and times recall the 70th anniversaries of the nuclear strikes on Hiroshima and Nagasaki. As Ben wrote in his Slate article:

So here is my thought. What if we took a few days each year to reflect on the dark parts of our history, on the terrible things that were done, and are still done, that benefit our science? What if we took this time to read and talk with the people who know of these things? (They are many.) What if we took this time to ask what harm we have done, what we can do to correct it, and what we can do to make sure it never happens again? We constantly reflect on and try to minimize the errors in our data; we should do the same in ourselves.

I think the most significant time to do this, the time when it is clearest that evil was done, is from 8:15 a.m. on August 6 to 11:02 a.m. on August 9, the times when Little Boy and Fat Man were dropped on Hiroshima and Nagasaki.

Let us call this time the Days of the Enola Gay, after the aircraft—named for a loving mother—that flew the fruits of our joyous and universal science to the mass destruction of humanity.
–Ben Lille in Slate

We decided then to add the Days of the Enola Gay to The Finch & Pea‘s calendar of special days. This is us starting to remember that commitment. A fitting start to the Days of the Enola Gay would be to listen to Science for the People’s recent episode on research ethics. Not only does it discuss the lengthy history of ethical missteps in the name of scientific advancement, but it talks about how we can learn from that past and do better.

We here at The Finch & Pea live by the idea that a scientific approach to life makes things more interesting, but are often forced to reckon with the reality that the application and conduct of science has not always made the world a better place – in the hope by doing so we can make it a better place. 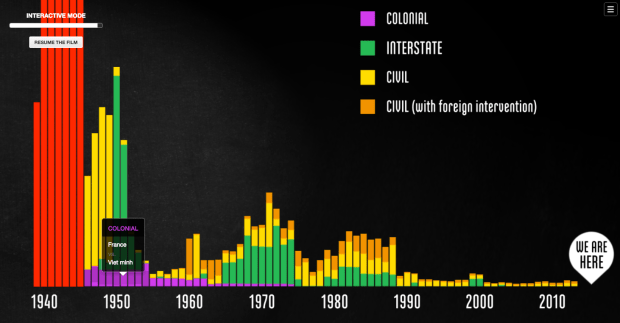 Millions of peopled died during World War II, but it's difficult to grasp what all the big numbers associated with the war mean. Neil Halloran explains in The Fallen of World War II, a hybrid between interactive visualization and documentary.

With the style in mind, it starts how you might expect, using a lot of icons and a few charts accompanied by a voiceover. But then it really gets into storytelling mode a few minutes in, focusing on casualties. Photographs lend a human connection to the otherwise stoic people icons. Transitions and zooming highlight various aspects of the war and are used effectively to keep you oriented in both the scale and individual events. 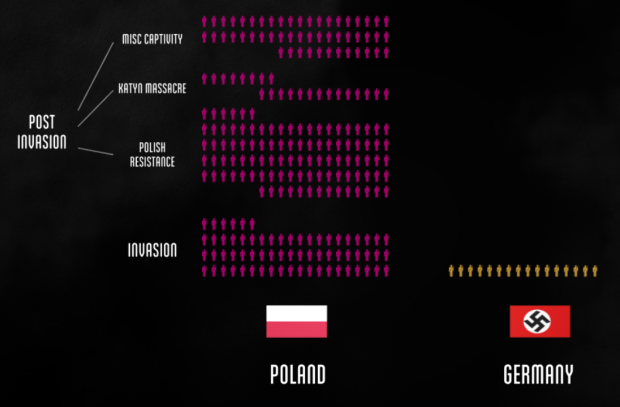 If you watch the interactive version on a computer, the video pauses around the 7-minute and 16-minute marks so that you can interact with the charts. The interaction doesn't go too deep. It's just tooltips that list events, but it's an interesting mechanism to provide you more details without explaining them orally.

Nice work. Be sure to watch through to the end.

Science for the People: Secure Communications

This week, Science for the People is looking at technology for keeping secrets safe from prying eyes and ears. We’re joined by Dan Younger, professor emeritus of mathematics at the University of Waterloo, to discuss the remarkable work of his colleague Bill Tutte, who broke the German Lorenz Code during World War II. We’ll also discuss the cutting edge of quantum security with Physics and Computer Science Professor Shohini Ghose.

*Josh provides research & social media help to Science for the People and is, therefore, completely biased.