There was a time not that long ago when a hundred covid deaths seemed like a lot, but now the United States is getting closer to one million deaths with over a thousand deaths per day. The country is unmasking and re-opening. For The Atlantic, Ed Yong discusses the shifting baseline and our perception of these big numbers:

The United States reported more deaths from COVID-19 last Friday than deaths from Hurricane Katrina, more on any two recent weekdays than deaths during the 9/11 terrorist attacks, more last month than deaths from flu in a bad season, and more in two years than deaths from HIV during the four decades of the AIDS epidemic. At least 953,000 Americans have died from COVID, and the true toll is likely even higher because many deaths went uncounted. COVID is now the third leading cause of death in the U.S., after only heart disease and cancer, which are both catchall terms for many distinct diseases. The sheer scale of the tragedy strains the moral imagination. On May 24, 2020, as the United States passed 100,000 recorded deaths, The New York Times filled its front page with the names of the dead, describing their loss as “incalculable.” Now the nation hurtles toward a milestone of 1 million. What is 10 times incalculable?

Some people point out that vaccinated people are still hospitalized as a defense against getting vaccinated. But they ignore the inverse which compares the number of those who are not hospitalized. Someone (source?) made this Euler diagram to illustrate the inverse.

Rate of change in Covid-19 cases 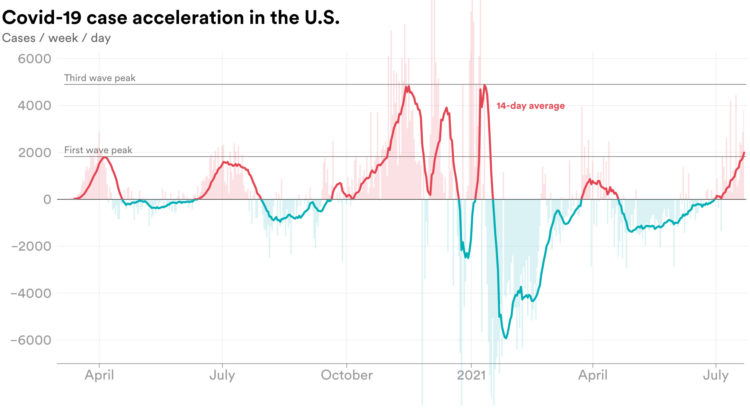 We’re all familiar with the Covid-19 line charts that show cases over time, which highlights absolute counts. There are peaks. There are some valleys. Emory Parker for STAT shifted the focus to how quickly the rate is changing, or acceleration, to emphasize which direction rates are headed.

xkcd points out the importance of considering the baseline when making comparisons: 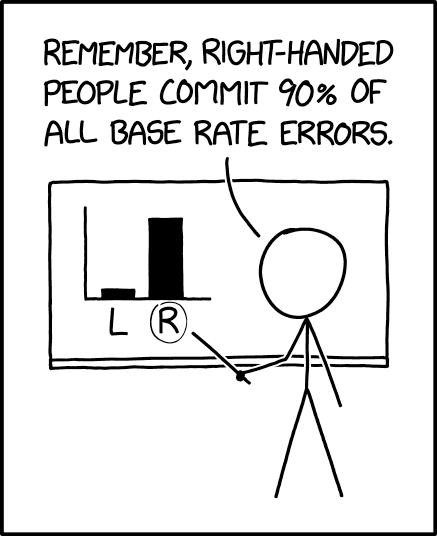 ✚ Adjust Your Baseline for Better Comparisons (The Process 093) 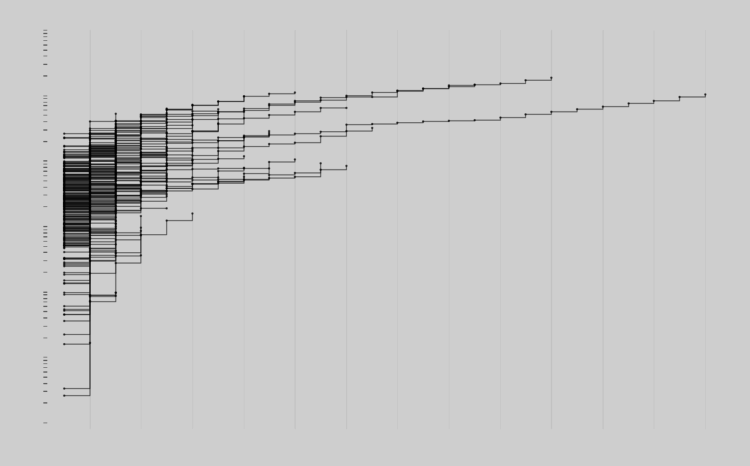 The right baseline provides a way to compare everything else in a useful way. The wrong baseline makes the rest of the data useless. Read More

Posted by Nathan Yau in baseline, The Process

The daily counts for coronavirus deaths rely on reporting, testing, and available estimates, which means the numbers we see are probably lower than the real counts. So, for The New York Times, Jin Wu and Allison McCann plotted overall deaths against historical averages for a better sense of what’s really happening.

The contrasting red lines provide an obvious figure against the “would have died anyways” argument.

✚ Bar Chart Baselines Don’t Have to Start at Zero? (The Process #66)

Posted by Nathan Yau in baseline, The Process, zero

They provide an anchor in your charts, and you compare everything else against the anchor. Where you set the anchor changes your chart completely. Read More

Posted by Nathan Yau in baseline, point of reference, The Process

There was renewed interest in — gasp — truncated axes this week, a never-ending debate about whether starting axes at non-zero is misleading. Read More

Posted by Nathan Yau in baseline, rules, The Process 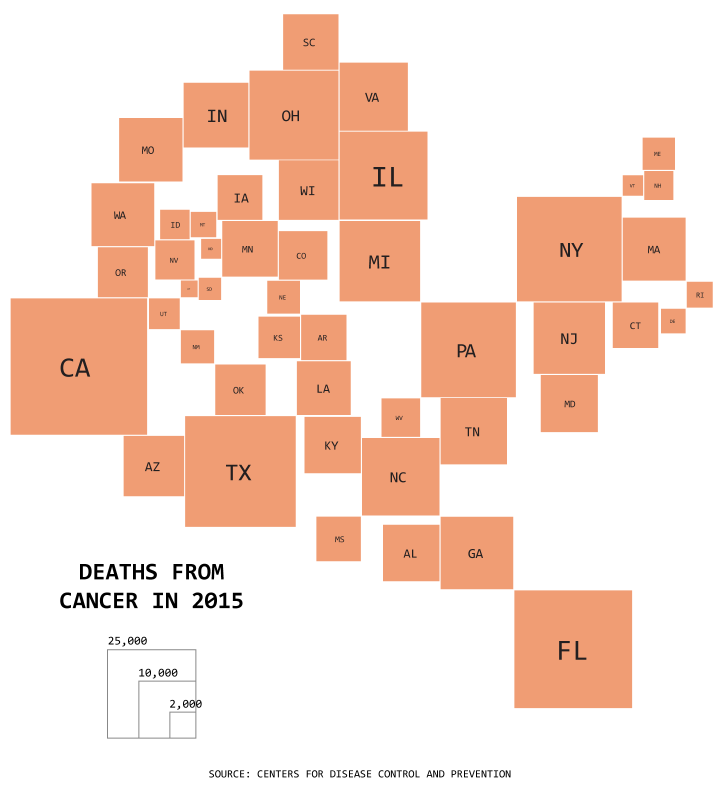 Apples and oranges situations where the comparisons make no sense. Read More