Based on poll, a lot of people think Bill Gates is plotting to inject a tracker via coronavirus vaccine?

Really? Please tell me there is some study that shows internet-based polls are crazy. My brain is having trouble processing these results. 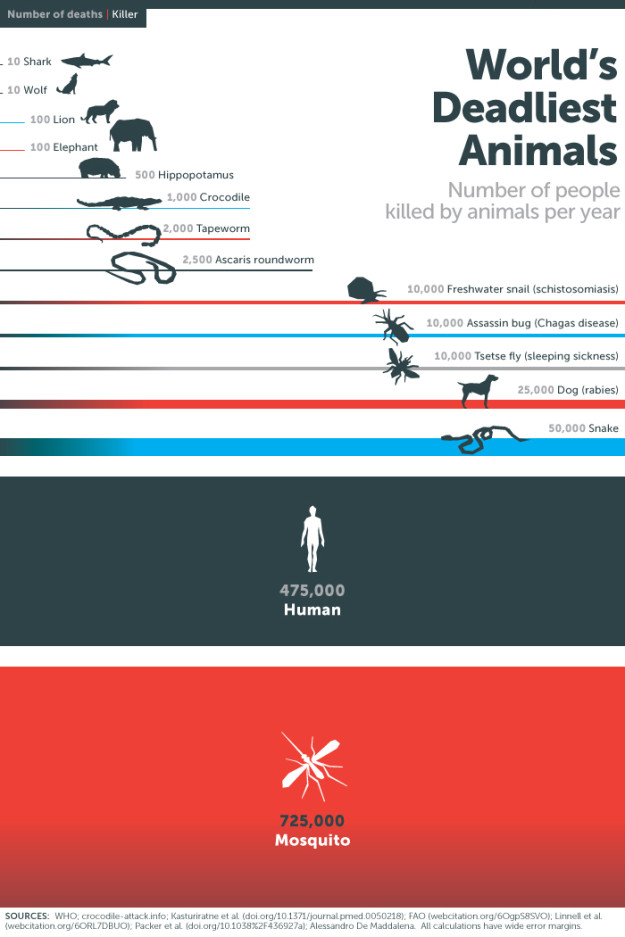 This graphic from the Gates Foundation is from a few months ago, but it was just National Mosquito Control Awareness Week. The small illustrations in this case make the graphic. Although I'm interested in seeing those "wide error margins." 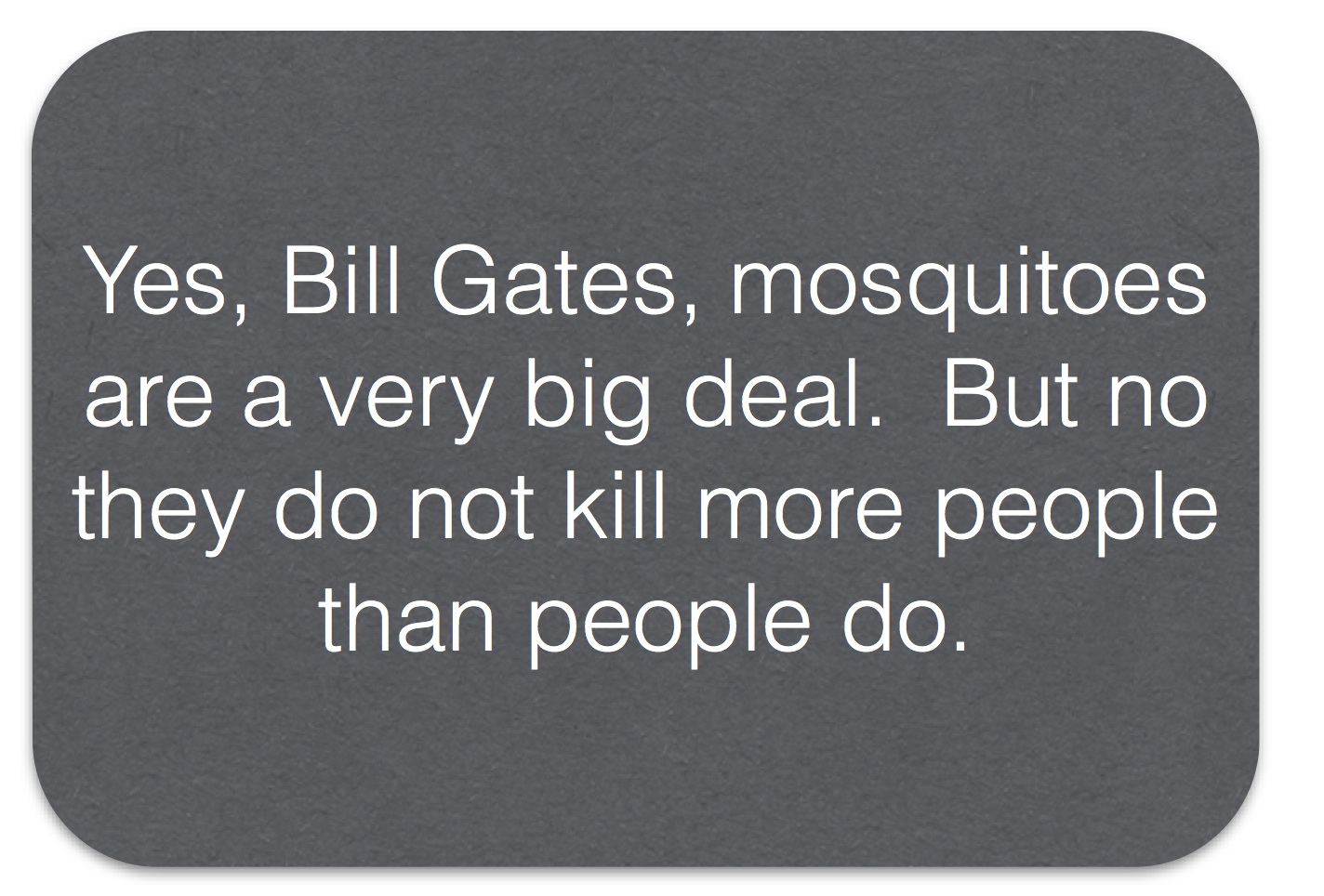 I truly love the work Bil Gates and the Gates Foundation have been doing over the last years.  Absolutely wonderful stuff.  But I have a bone (or perhaps a proboscis) to pick with this latest effort: The Deadliest Animal in the World | Bill Gates.  The article discusses some "facts" about how many people different animals kill.  And it uses this to argue for the need for more attention to be placed on mosquitoes.  I agree with the conclusion.  Mosquitoes are a big deal and need much much much more work and attention.  But the data is just, well, not sound.  Here is the problem I have

1. Many of the animals, including mosquitoes, are on the list are there because of the diseases they transmit.  For example, dogs are there (for rabies), and tsetse flies are there for sleeping sickness.  That is, they do not kill people directly but indirectly because of a disease they transmit.

2. If we follow that logic, which I am fine with, then we need to add a whole lot of deaths to the "human" column.  After all, humans transmit a whole heck of a lot of diseases that kill humans.  One source I found has the following #s
and many many many more.   The totals are probably greater than 5 million per year that are killed by infectious diseases where it was humans who transmitted the agent to other humans.  Way more than the mosquitoes.  Again, I agree with the conclusion.  We need lots more attention on mosquitoes.  But there seems little doubt to me which animal is most responsible for the spread of deadly pathogens to humans.  And that animal is us.

Am kind of annoyed at the press coverage of this Gates - mosquitoes are the deadliest animal - concept.  Here are some examples where people just ate up the idea without really asking any questions about its accuracy
And many many more.  It is a cute concept.  And an important one.  It just happens to be wrong.
UPDATE 5/4. Some Tweets of relevance

Mosquitos kill more people than people only if you exclude the only way mosquitos kill people. http://t.co/ZwNOSPodbP via @edyong209
— Philip Bump (@pbump) May 3, 2014

No, mosquitoes are not the deadliest animal in the world. @phylogenomics explains: http://t.co/LjOEezgiwn
— Matthew R. Francis (@DrMRFrancis) May 3, 2014

THIS RT @phylogenomics Love work of @billgates but "mosquitoes kill more people than people do" is just wrong http://t.co/WYOorZ52Ya
— Ed Yong (@edyong209) May 3, 2014

Also see these posts which run with the Gates meme
UPDATE 5/6
--------
This is from the "Tree of Life Blog" of Jonathan Eisen, an evolutionary biologist and Open Access advocate at the University of California, Davis. For short updates, follow me on Twitter.
--------