Fires in the west and climate change 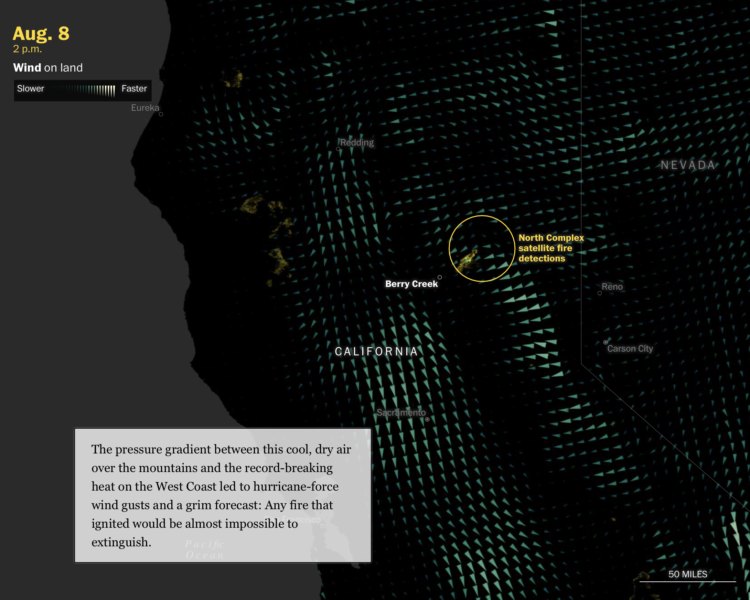 This is some advanced mapping and scrollytelling from the Washington Post. The piece examines climate change in the context of the fires in the western United States.

Starting in the beginning of August, the piece takes you through the timeline of events as your scroll. Maps of temperature, wind, lightning, and fire serve as the backdrop. Berry Creek, California, a mountain town that burned to the ground, provides an anchor to show how large climate shifts can affect the individual. 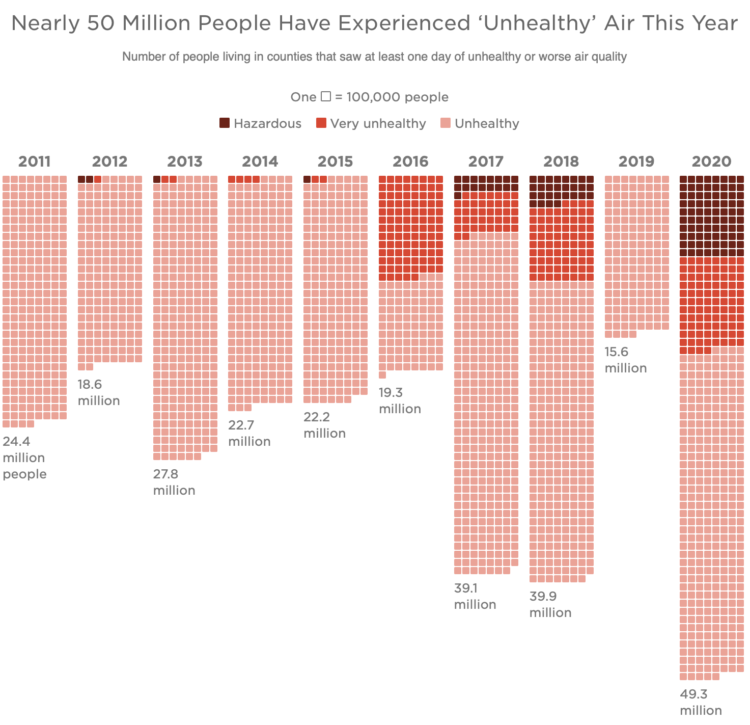 NPR estimated how many people have experienced unhealthy air this year, largely in part to the wildfires on the west coast:

An NPR analysis of U.S. Environmental Protection Agency air quality data found that nearly 50 million people in California, Oregon and Washington live in counties that experienced at least one day of “unhealthy” or worse air quality during wildfire season so far this year. That’s 1 in 7 Americans, an increase of more than 9 million people compared with 2018, the worst previous year.

NPR estimated how many people have experienced unhealthy air this year, largely in part to the wildfires on the west coast:

An NPR analysis of U.S. Environmental Protection Agency air quality data found that nearly 50 million people in California, Oregon and Washington live in counties that experienced at least one day of “unhealthy” or worse air quality during wildfire season so far this year. That’s 1 in 7 Americans, an increase of more than 9 million people compared with 2018, the worst previous year. 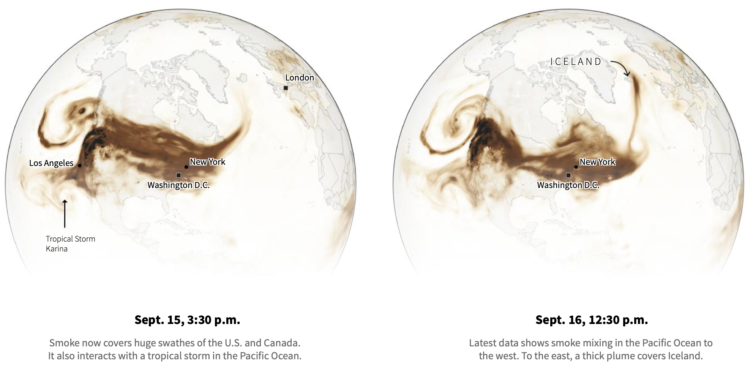 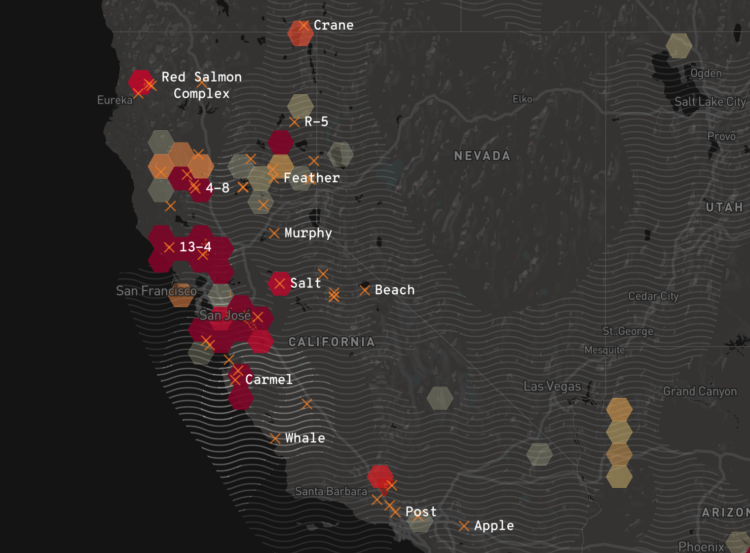 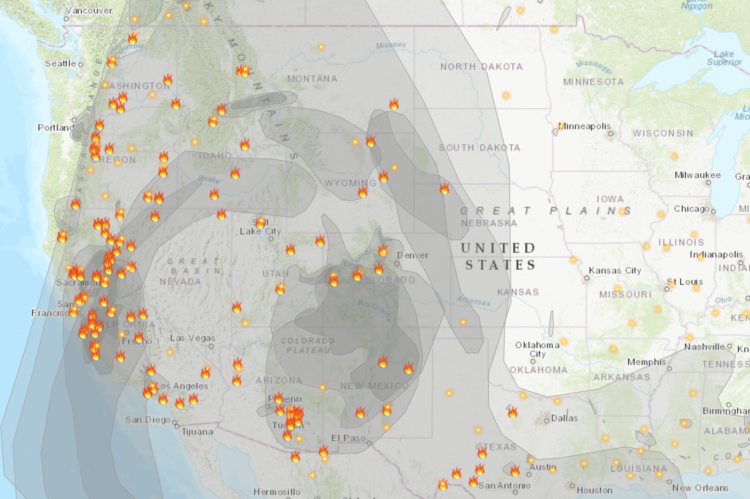 Where the Australia fires are burning

The New York Times zoomed in on southeastern Australia where the fires have hit the worst. They also used small multiples to show the scale of the fires the past few months against previous years.

Visual guide for the fires in Australia

For The Guardian, Niko Kommenda and Josh Holder provide a visual guide to the bushfires in Australia:

Satellite data from Nasa showed a stark increase in the number of fire detections in November and December compared with previous years. Satellites detect fire “hotspots” by measuring the infrared radiation emitted by the blazes.

There’s an animated time series chart that changes the range of the y-axis, which I think is a good way to demonstrate the scale of the current fires.

This month PG&E has been shutting down power to thousands of households in northern California because of high winds and wildfire risk. A lot of electrical equipment in the area is dated and in need of a repair. The Wall Street Journal mapped fire risk and bad circuits together.