Toph Tucker used to make graphics for Bloomberg Businessweek. Now he does enterprise visualization for finance. He wrote about the major differences between the two jobs. On the iconic Bloomberg Terminal:

There are more things in Bloomberg than are dreamt of in your meetings. This was not the consensus when I worked at Bloomberg, but I now believe the Terminal is incredibly well-designed. Folks reply, “I get that it’s useful, but I don’t think that means it’s well-designed,” and I rejoin: No! It is well-designed in every way that matters, even visually! (Such nice high-contrast easy-to-spot color-coded inputs and affordances! So nice that it stretches rather than reflow critical content off the screen!) I want people to look, and recoil, and then remind themselves that Bloomberg is wiser than that disgust. If you haven’t been in the position it’s built for, it’s a deep-set Chesterton’s fence; only after you’ve understood it can you disagree with it.

One large hedge fund shows every new young software engineer a particular Excel spreadsheet that makes hundreds of millions of dollars a year as part of their orientation, to beat the programmer’s “Excel isn’t serious” hubris out of them upon arrival. At this level, Excel is not interchangeable with Google Sheets or Apple Numbers or even Excel for Mac.

I love how there are these clusters of visualization that exist in the world, all making charts, but with completely different approaches and usage.

Finding context for the data

Context makes data useful. Without it, it’s easy to get lost in numbers that mean little, but finding the context of data isn’t especially straightforward. Catherine D’Ignazio explains why it’s so hard and what data journalists (or anyone trying to understand data) can do about it:

First of all, data are typically collected by institutions for internal purposes and they’re not intended to be used by others. As veteran data reporter Tim Henderson, quoting Drew Sullivan, said to the NICAR community, “Data exists to serve the bureaucracy, not the journalist”. The naming, structure and organisation of most datasets are done from the perspective of the institution, not from the perspective of a journalist looking for a story. For example, one semester my students spent several weeks trying to figure out the difference between the columns ‘PROD.WASTE(8.1_THRU_8.7)’ and ‘8.8_ONE-TIME_RELEASE’ in a dataset tracking the release of toxic chemicals into to the environment by certain corporations. This is not an uncommon occurrence!

Founded by Sue Gardner, the former head of the Wikimedia Foundation and Julia Angwin and Jeff Larson, journalists formerly for ProPublica, The Markup will aim to use data to help non-experts better understand everyday technologies that often go unchecked.

When Angwin and Larson worked together at ProPublica, their data-driven investigations included exposing discriminatory advertising practices at Facebook, bias in software that is used in criminal sentencing and algorithms that result in unfair car insurance pricing. They also uncovered evidence of domestic surveillance practices in the Snowden archives and revealed technology vulnerabilities at the President’s Mar-A-Lago country club.

“I’m excited to build a team with deep expertise that can really scale up and advance the work Jeff and I began at ProPublica,” Angwin said. “We see The Markup as a new kind of news organization, staffed with journalists who know how to investigate the uses of new technologies and make their effects understandable to non-experts.”

“People know that these new technologies are important and want to better understand their societal effects. We will help them do that,” said Larson. “The Markup will hold the powerful to account, raise the cost of bad behavior, and spur reforms.”

The venture is primarily backed by a $20 million donation from Craigslist founder Craig Newmark and $2 million from the Knight Foundation. Amazing.

Looking forward to this.

ProPublica runs a small annual workshop to teach journalists a bit about data and how it can be used to report. The training materials and some of the lectures are online now.

Though more than a thousand people have applied to ProPublica’s Data Institute, we’ve only been able to accept about 24 in the two years it’s been running. Faced with such a high demand, we’ve looked for ways to help more journalists trying to learn data journalism and interactive database design. In past years, we’ve put our slides and homework assignments online (here’s 2016 and 2017 ), but we also know how valuable it is to be able to see and hear what’s happening in the classroom. 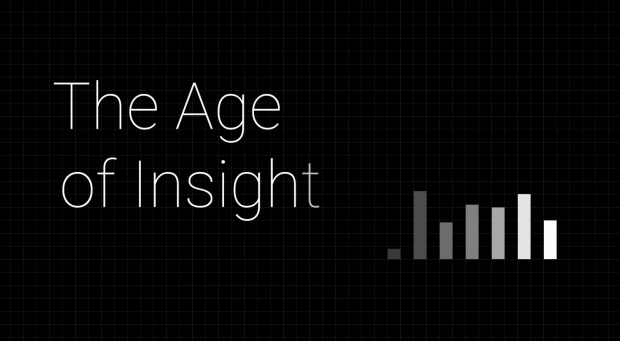 In parallel to the Google Trends release, the Google News Lab produced a video interviewing a bunch of data journalism folks about the importance of data in storytelling. It's mostly fluffy fluffy, but there's quite a few important people in there who produce a lot of good stuff, so kind of a fun four-minute watch.