White Supremacy: The Dark Side of Eugenics

Whenever I work on a new edition of my human genetics textbook and reach the section on eugenics, at the end of an evolution chapter, I’m relieved that it’s history. But this summer, as

THE HUMAN GENE EDITING SUMMIT, CONT’D Citizens seeking to understand what was decided at last week’s Human Gene Editing Summit might be understandably confused by the contradictions in these headlines: Scientific community approves human gene

To mark the publication of the book NeuroTribes (Aug 25, 2015; Avery/Penguin Random House) by Steve Silberman, whose blog of the same name has been hosted on the PLOS BLOGS Network since 2010, we invited independent science writer Emily Willingham, PhD to review

NeuroTribes: Steve Silberman on a haunting history and new hope for autistic people

To mark the publication of the book NeuroTribes (Aug 25, 2015; Avery/Penguin Random House) by Steve Silberman, whose blog of the same name has been hosted on the PLOS BLOGS Network since 2010, we invited independent science writer Emily Willingham, PhD to review the book and conduct an … Continue reading »

Science for the People: A Special Hell 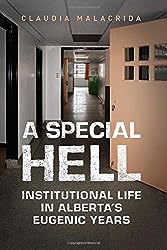 This week Science for the People is talking about the use – and appalling misuse – of genetics in pursuit of human perfection. We’ll speak to Claudia Malacrida, sociology professor and eugenics researcher, about her book A Special Hell: Institutional Life in Alberta’s Eugenic Years. We’ll also talk to Hannah Brown, postdoctoral researcher at the University of Adelaide, about the ethical issues raised by the creation of a genetically modified human embryo.

*Josh provides research & social media help to Science for the People and is, therefore, completely biased.


Phylogenetic trees have been drawn in many formats, including what are known as vertical, horizontal, multidirectional, radial, hyperbolic (restricted to interactive trees) and figurative (ie. looking like an actual tree). Radial, or circular, trees are used when there are many taxa — the root is placed at the centre, and the increasing length of the circumference is used to display the increasing number of nodes. An example is shown in the earlier blog post Why do we still use trees for the dog genealogy?

Here, I point out that the radial format also makes it much easier to display reticulations in an evolutionary network. My example comes from The Nam Family: a Study in Cacogenics (Arthur H. Estabrook and Charles B. Davenport. 1912. Eugenics Record Office Memoir No. 2. Cold Spring Harbor, NY). This book involves, among other things, a pedigree study of an extended family in New York state, with a large amount of inbreeding. Two large pedigrees are presented, representing the genealogies of two different parts of the extended family in a place called "Nam Hollow".

The difference in choice of format seems to be a result of the fact that in the second case there is extensive reticulation within the earlier generations, and this is obviously much easier to display in the centre of a circle, with increasing circumference for the large number of descendants. Nevertheless, the first pedigree would also be easier to read in the radial format. It is surprising that this format is not used more often.

The study under discussion was one of several projects that arose from the eugenics movement in the USA. The reports include Hill Folk: Report on a Rural Community of Hereditary Defectives (Davenport. 1912), The Kallikak Family: a Study in the Heredity of Feeblemindedness (Henry Herbert Goddard. 1912), and The Jukes (Estabrook. 1916). Eugenics arose in the wake of research on Mendelian inheritance, applying it to the study of human societies. This was thus the initial phase of what we now call the study of human genetics, and large amounts of detailed data were collected in many parts of the world.

Unfortunately, the researchers greatly over-estimated the role of genetics in human behavior, attributing many of the by-products of poverty to "constitutional" characteristics. In particular, many of what we now consider to be environmental aspects of poverty were attributed to inbreeding (which is another feature common in poor communities). This is in contrast to previous studies of the same US families, such as that of Richard L. Dugdale (1874-1877. The Jukes: a Study in Crime, Pauperism, Disease and Heredity), which placed more emphasis on the environment as a factor in criminality, disease and poverty.

So, the eugenics researchers tended to collect data that we would now consider to be seriously biased, where the observations are inextricably confounded with interpretations. For example:

V-166 [person #166 in generation V] is a temperate, sociable, and licentious man, who married his cousin, V-183, a Nam-like, stolid shy, reticent, suspicious harlot. They had eight children ... All have the characteristic slowness in movement, and indolence and lack of ambition of the Nams. They vary little except that some are more reticent and shy than others, and there is some licentiousness. All are illiterate, and probably without the capacity for learning from books. VI-257, who is especially careless, disorderly, and shy, had an illegitimate son, who died of infantile diarrhea. Here again we see the uniformity resulting from inbreeding.

What was worse, the eugenics movement did not stop at mere scientific enquiry. They indulged, with governmental support, in what they politely called "social prophylaxis". For example:

Although our primary aim is the present the bare facts [!] we cannot altogether neglect the natural inquiry as to the proper treatment of such condition as we have described. Various possible modes of treatment will be considered.

First there is the method of laissez faire. The Nam community takes care of itself to a large extent; why do anything? Unfortunately, the community is not wholly isolated. From it families have gone to Minnesota and other points in the West and there formed new centers of degeneration. Harlots go forth from here and become prostitutes in our cities. The tendency to larceny, burglary, arson, assault, and murder have gone, with the wandering bodies in which they are incorporated, throughout the State and to great cities like New York. Nam Hollow is a social pest spot whose virus cannot be confined to its own limits. No state can afford to neglect such a breeding center of feeble-mindedness, alcoholism, sex-immorality, and infanticide as we have here. A rotten apple can infect the whole barrel of fruit. Unless we abandon the ideal of social progress throughout the State we must attempt an improvement here.

The authors seem to be almost foaming at the mouth by the end of their spiel. Option two, "improving the conditions of the persons in the Hollow" is dismissed as "supplying a veneer of good manners to a punky social body." Option three, "scattering the people" is seen as "fraught with danger". Nevertheless, this was the option preferred by the British government in the late 1700s and early 1800s, when they founded penal colonies in Australia for crimes like "stealing five cheeses". The assumption that poverty is hereditary certainly has a long history, and a wide geographical spread.

Option four, preventing the people from breeding, by isolating them, is the recommended one. The final note is: "Of course, asexualization would produce the same result; but it is doubtful if public sentiment would favor such treatment, quite within the province of the State though it be." We now know this to be a very naive conclusion. By the 1930s many western countries had active compulsory sterilization programs (see Wikipedia); and many still do, including states of the USA.

However, eugenics did have positive outcomes, among the obvious negative ones. For example, the first demonstration of simple Mendelian inheritance of a human medical condition concerned Unverricht-Lundborg disease, a form of epilepsy. This was first reported in 1891 by Heinrich Unverricht, in Estonia. However, it was Herman Lundborg, a Swedish physician, who first identified its genetic component (1903. Die progressive Myoclonus-Epilepsie (Unverricht’s Myoclonie). Almqvist and Wiksell, Uppsala).

He traced the ancestry of 17 affected people in one family from southern Sweden, showing that they were all descended from the same ancestors. The pedigree showed the pattern of disease occurrence expected from Mendelian inheritance of a single recessive locus. This study was facilitated by frequent inbreeding within the family (20% of households had first-cousin parents), which Lundborg referred to as "unwise marriages". We now know that the disease results from a mutation in the CCC-CGC-CCC-GCG repeat region of the cystatin B gene — unaffected people have 3-4 repeats while affected people have 40+ repeats.

Lunborg himself was an active member of the eugenics movement in Sweden (which was referred to as 'race biology'), and most of his writings about the epileptic family were as bad as those quoted above (their "degeneration" was attributed to the fact that "they distilled their own alcohol, and thus became drunkards"). He eventually became Professor for Racial Hygiene; and he was influential in the implementation of forced sterilization programs in Sweden, believing that "The future belongs to the racially fine people", which obviously included himself.

Genetic Testing For All: Is It Eugenics?

In recent weeks, there’s been talk of three types of genetic testing transitioning from targeted populations to the general public: carrier screens for recessive diseases, tests for BRCA mutations, and non-invasive prenatal testing (NIPT) to spot extra chromosomes in fetuses …

The post Genetic Testing For All: Is It Eugenics? appeared first on PLOS Blogs Network.