By PLOS ONE Editors post-info Early career researchers (ECRs) are very much at the heart of what we do at PLOS. Last year alone, PLOS ONE published more than 20,000 research papers, undoubtedly with tens

My non supportive response to "All Biology is Computational Biology"

Last fall I was invited back to my alma mater to talk about life after University of Maryland’s (UMD) Master of Public Health (MPH) program. A former classmate was coordinating an informational session for undergraduate students to help them get a sense of where the MPH grads went in their careers; she asked me to participate and I happily accepted both because she is a friend but also because I could have used an event like this when I was finishing my undergrad degree. 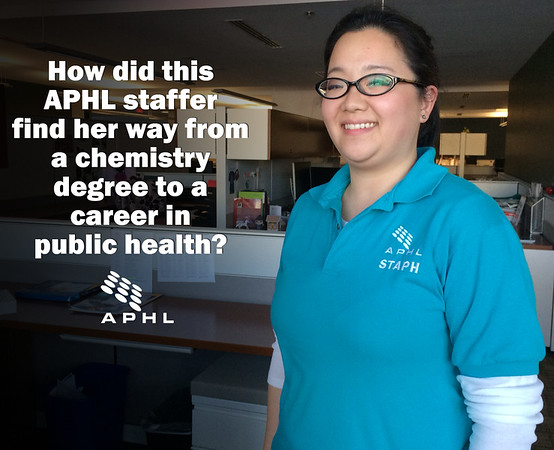 My journey into public health was not something that I planned. I earned a bachelor’s degree from Washington and Lee in chemistry, but as graduation loomed, I still had no idea what I wanted to do with my life after receiving my diploma. Reality was sinking in. My fellow chemistry classmates went into research or continued to medical school, and while those options seemed to be the logical next steps, they were not the right fit for me.

I took a year off after graduation to volunteer at Bread for the City, a non-profit in Washington, DC, that provides food, clothing, medical care, legal and social services residents in need; it was there that I became exposed to the world of public health. I worked in the medical clinic doing mostly administrative work helping with health insurance enrollment and coordinating health education programs. I began to understand what public health was, and that I could use my science education in this field to help people. I spoke with many of the staff about how they found their way into public health, and they all had MPH degrees. It became clear that if I wanted to move my career in this direction, I needed to find an MPH program that worked for me. Before I knew it, I was back in school learning about biostatistics, program evaluation and epidemiology. After completing UMD’s two-year MPH program, I interviewed for a program manager position at APHL, and I have been here ever since.

Fast forward a few years… There I am setting up my information table at UMD’s School of Public Health featuring APHL’s Annual Report, Lab Matters and my own business cards. I even wore my APHL STAPH staff t-shirt. I had the opportunity to speak with several students who asked questions mostly about my MPH experience and responsibilities at APHL. Some were not familiar with either public health laboratories or association work, so it was rewarding to expand their knowledge. I talked about my quality improvement and survey work, but their ears really perked up when I told them that I get to travel and work with people all over the country.

I’d love to see undergraduate public health programs hold more events like this one to give the next round of graduates the opportunity to hear from alumni about their journey into the public health workforce and about other career paths they had not considered. While my path into public health may have been unconventional, I am thankful that I took it. The work has been rewarding, and I hope that my participation will encourage another public health student to pursue an equally fulfilling position.

I encourage you to contact your alma mater to share your knowledge, experience and lessons-learned with public health students. You just might inspire someone to pursue a career in a public health lab.

You don’t need your nose to know what something smells like. Perfumers and astronomers can detect and recreate scents based on the chemical signatures of the molecules in the air, even if that...

I invite all of you to have a look at it. It’s a short read.

If you’re still worried about chemicals in our environment after reading this groundbreaking paper, I would encourage you to listen to my conversation with Dr. Joe Schwarcz on chemophobia.

If you wish to make a gene from scratch

Happy Holidays from the Finch and Pea

A very Merry Christmas & Happy Holidays to those who celebrate, and a happy new year to all from The Finch & Pea.

Thank you for joining us this year to share science-y art, music, travel, poetry, animals, and food, along with notes and reflections on the major events and findings of the year in science. And some lolcats.

Posted by Eva Amsen in brussels, chemistry, Have Science Will Travel, iron

I love science and travelling, so I often end up in the local science museum, or at an exhibit explaining the regional geography or flora and fauna. I thought it was time to open my scrapbooks and share some of my favourite science-themed places, starting with the Cité des Sciences et de l’Industrie in Paris.

When people go to Paris, their first stop is usually the Eiffel Tower or the Louvre. Maybe a stroll past the Seine, or along the Champs-Elyssees, followed by a coffee in a cafe in Montmartre. I do all that, too, when I’m in Paris, but I also try to fit in a visit to Cité de Sciences.

The last time I was there was a while ago, though. It was the summer of 2003. Europe was hit by a heatwave, and over fourteen thousand people died as a result of the heat in France alone. It was too hot to be outside for long, so museums in general were an attractive destination. Science museums outside of the touristy part of town even more so.

Cité des Sciences is in Park de la Villette, a subway ride away from the centre of Paris. It looks nothing like the Paris you know from tourism flyers, and that’s why I like it. This is where the locals take their kids on Saturday afternoon. It’s more “real”, in a way, than picture-perfect postcard Paris.

The most notable feature of the museum and the park is the Géode: a big shiny ball next to the science museum. Inside is an IMAX cinema with surround screen. I don’t know when it was decided that science museums all over the world need an IMAX theatre, but this wasn’t the last time I’d see one. It may have been the first time, though. It was also my first time in one of those large scale open-space science museums, where the exhibits are laid out around an open space with the ceiling about three or four floors up. Wikipedia says it’s the largest science museum in Europe, and that sounds about right. It’s more like the ones I saw in North America.

Even though the museum looks like many other science museums, that’s exactly why I like it. I love that you can travel the world and see the same kind of science museums everywhere. Science is a global pursuit, and science-themed education, engagement and entertainment should be very similar in countries with a similar kind of research infrastructure. I love being able to go to Paris – a destination that I always associate with tourism and art – and step into a museum that could easily be in another country.

Not everything is the same, though. What impressed me in particular about the museum in Paris was the unapologetic difficulty level of some of the exhibits. When I was there, there was a display where you could play around with molecule models to understand the difference between chemical addition, substitution, and elimination reactions. That’s high school chemistry, and something I don’t remember seeing on prominent display in other museums. Molecular interactions are amazing, but very rarely featured in science museum exhibits. Usually the focus on chemistry is a bit more “zoomed out”, showing colours, materials, and other results of chemical reactions that you can recognize with the naked eye.

I particularly loved the chemical reaction display, as well as the room that had lots of familiar lab equipment in it (gel electrophoresis machines and table-top centrifuges) because to me that showed science in action, and wasn’t just an attempt to teach small children.

We had this in the lab, but here it was in a museum! Bona fide science on display.

Ideally, science museums should be interesting to everyone: to kids for whom scientific discovery is just their natural way of discovering the world, but also to adults who may have a bunch of degrees in one field of science, but still know very little about everything else, or who just enjoy exploring different ways to communicate the science they know so well. Cité de Sciences had something for everyone, and it was one of the coolest days we spent in Paris during the hottest summer in history.